Denim Disco
London, United Kingdom
DENIM DISCO is a blog dedicated to the pop music and culture of the 1970's. ~ Glam Pop and Discotheque Rock ~ The Sound Of The 70's ~ Contact:denimdisco@hotmail.co.uk

NOOSHA FOX - THE HEAT IS ON 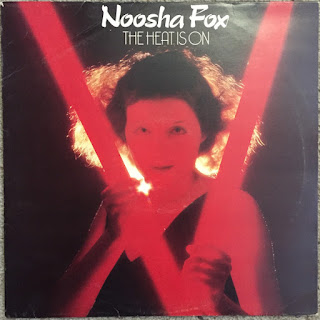 ''THE HEAT IS ON'' was the second solo release from the former FOX vocalist after she left the band in 1977.Her first solo effort ''GEORGINA BAILEY'' was a minor hit that year,but a follow up didn't materialize until 1979.The song's dreamy half time LATIN/REGGAE feel,pepped up by a FUNKY CLAVINET and TIMBALE DRUM FILLS had all the makings of a SUMMER HIT,but sadly that was not to be.Ironically the song was re-recorded by the former ABBA vocalist AGNETHA FALTSKOG a few years later.It used a very similar arrangement and would go on to be the singers biggest international solo release